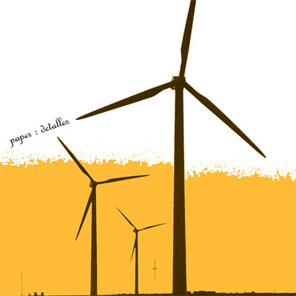 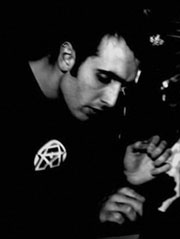 Paper a.k.a. Pablo Bolivar, dj and producer from Cantabria, started with music very young, being his first radio editions and dj sets in Santander, focused on electronic music since 1996. After a good impulse to this kind of music in Santander, he moves to Barcelona searching new ideas and shapes, playing at clubs and festivals all around Spain and some european places. In 2003 he won the prize for the most risky proposal at Bilbo-Rock Festival in Bilbao. Definetely he was different...

He produces for Regular Label, where in january 2006 released his first LP on his own "Anjanas", a work full of electronic dance tracks and experimental music. We can also find other jobs under the name of Paper on labels like Minuendo, Software, Pulsewith, Galaktika, Dpress, Justified Cause... and also made several remixes for different artists.

Nowadays he lives in Barcelona where he works for Decodermuzique, worldwide electronic music dealer and booking agency.

On his live sets he try to express his particular vision of electronic music: warm, precise, nice to hear, in crescendo until his unique shape in deep sound of dance music. Also his dj sets are full of creativeness, mixing the latest records with the classic tunes, on very special atmospheres.