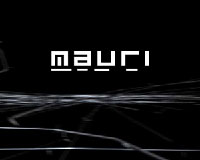 An artist with a lot of experience making his own productions and remixing for other artists, besides a long career as a dj and 10 years of experience collaborating with national and european press. "Memoria audiovisual" is the 20th release for this dj and producer, who has a large expereience in the national and international music scene.

A Dj since 1995, he has deejayed in Spain's most important festivals and clubs and some in France, such as Esparrago Rock '97, Sonar '97, Festimad '98, Phonotica '99, Musica ex Machina '03, 45 Edicion Festival Internacional de Cine de Gijon '05, "La noche de los Museos" celebrated in Guggenheim Bilbao '07, Batofar '99 in Paris or the Armaggedon festival in Marseille '01, among others...

Some of the clubs which have taken this prolific artist which are worth mentioning are Sala Apolo (Nitsa), Club 242 (Barcelona), Salamandra (Hospitalet) or Lovejoy (Gijon).

As a music journalist his first press collaborations were in La Vanguardia, El Periodico and in the non-existent cult fanzine Das Kinetic Produkt. In the last years he has collaborated for Mondo Sonoro, Trax and Elegy Iberica in Portugal.

His latest musical project is Unforeseen Heights, based on experimental electronic improvisation together with the artist Pangea. They could be seen in "Arte en la calle 2007" (Gijon) or in Xiz (Gijon).