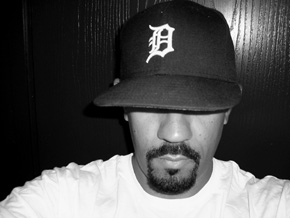 Chance McDermott born in Kalamazoo, Michigan halfway between Detroit and Chicago (the birthplaces of techno and house music) growing up listening to radio hot mix tapes from the motor city and chi-town. Chance knew he needed to learn more about this music, although resources were limited in Kalamazoo, Chance attended his first party at Jack's Place ("Funk" aka Tony Jackson's club) where the wizard (aka Jeff Mills) was playing for the first time.

Influenced and inspired by what he heard and seen young chancellor was on his way to 808, 909, and 303 drum machines. A few years later mentored by another Kalamazoo native, producer Jay Denham. Chance started creating his own sound, a unique style of Detroit minimal funky techno with a Chicago dark soulfulsound of house. He began to garner attention in 1995 as Chancellor on Black Nation Records, which caught the attention of labels in Europe such as Missile, Sativae Recordings and Veto Music.

Chance has also worked with high school friends, Fanon Flowers, Donnell Knox and Rich Lee (who produced the first 12" for Direct Beat) Chance continues to release music all over the world that inspires others keeping the legacy alive.