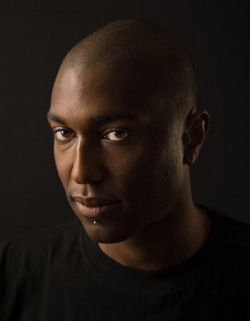 Charlton Revenberg (1982) begins in 1999. This is the year that the techno scene faced this Dutch DJ from Rotterdam for the first time.

Started as a DJ, Charlton was attractive to techno music of that time. While his gigs started to count up, Charlton starts to produce his own tracks in 2001. After finishing his 'Electronic Music Productions’ study he started producing for his first live PA, which took place in 2004. Charltons inventive style of producing tracks and with the techno sounds from “the old days” combined with his own dark off-beat rhythms, filled with nasty razor-sharp and hypnotizing acid basslines, had a great impact on Dutch techno scene.

Due this, he gets more gigs and even become resident of all kinds of techno parties like the ‘SubCulture’ parties in Utrecht in 2005. Not only more gigs as a result of his discernible music style, also his first releases took place on the Audio Assault/Arms label of Bas Mooy and Jeroen Liebregts.

Charlton tracks are played by many well-known techno artists nowadays. Together with his “partner in crime” Bas Mooy he started to produce some more tracks and solo tracks for other labels such as Pohjola, Aftertaste, Lime tree or Labrynth to name a few of the list. In 2006 the collaboration between Bas Mooy and Charlton led to ‘Diabla Diezco’ alias. This project delivers you the “dark and evil techno straight from the streets of Rotterdam”.

The amount of international bookings is increasing in 2007, with gigs in Poland and Czech Republic for example. The same year that Charlton was asked to play at the legendary ‘Awakenings Festival’ party and the same year he became one of the founders of ‘Return records’. Through this label he supports the development of the current techno scene, by creating a high quality music platform for upcoming and current (inter)national producers. The first Return release’s launched in 2008 and more to follow!.