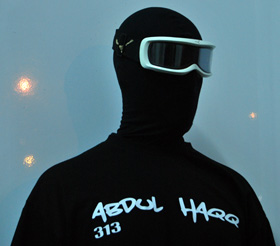 Eduardo de La Calle got in contact with electronic music for the first time in 1988. He began DJing in 1992 and since then he has played in the most important Spanish and German clubs such as Loft (Barcelona) and Berghain (Berlin).

Strongly influenced by the U.S. music and especially by the first and second generation of Detroit Techno artists (in particular Juan Atkins and Drexciya), he has written, mixed and produced 35 EPs for Spanish and German labels such as ThatLab (Barcelona) and Salo (Köln).

His sessions of deep, Detroit and dub Techno are mixed with extreme careful and passion. His DJ skills are amzing. For him Music is more important than words: words divide people, Music unifies them.