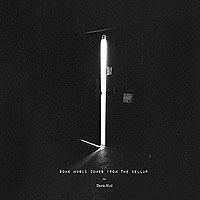 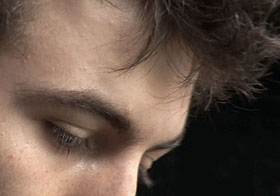 Twenty-two year old Davic Nod is a young pianist and lover of electronic music and technology. Aged nine, he began studying piano, music theory and harmony, and by the time he was 12 his compositions were already arousing interest. At 14 he fell in love with electronica and there was no going back...

Today he combines his work as a producer with sporadic live performances, Ableton Live classes and the activities of the Cultural Loud Music Association, which explores the technology of musical creation. The year 2009 he was chosen to take part in the program of Sónar, and due to his constant willingness of doing something different he offered the audience a session, including his friends’ and own productions, which all the material contained had never been published.

In 2010, he decides to publish his debut in the netlabel of Cultural Miga Association, which includes some of the tracks presented in Sónar and new ones, one of them in collaboration with Gabriela Parra.

Before year's end and coinciding with the publication in Miga Label, he presents a new show: “Davic Nod & The Dancers live!”, which combines live music and improvised dance with a special lighting.


[Miga41] Davic Nod "Some music comes from the cellar" 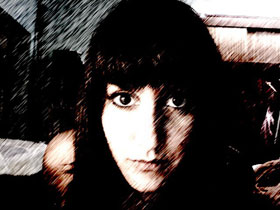 The young multifaceted creator and performer Gabriela Parra, was born in Amsterdam in 1989 in musicians family. Raised and educated in New York, Edinburgh, Montpellier, Almería, Chile and Barcelona, Gabriela Parra has developed her own music style with strong classical and Euro-mediterranean roots where the old Hispanic melodies and harmonies play a dominant role. Her work embraces Classical Music and Electronica.

She has studied at prestigious music courses including an intensive course on Film Composing at Napier University Edinburgh offered by the Pacific Northwest University with the Hollywood composer Hummie Man (2010), L'aula de música (2009), the Marshall Academy (2007) and Microfusa (2006) in Barcelona and the "Summer Music courses" University of South Dakota (2005).

Her theme of the 1st Global Scarlatti Marathon, created for this unique international event in December 2006 was listened by more than 70.000 people on the web. One of her tracks, "The Child who talked to the Wind" has been released on the "Keys" compilation by American Typerecords label, also including tracks by Peter Broderick or Machinefabriek.


[Miga41] Davic Nod "Some music comes from the cellar"