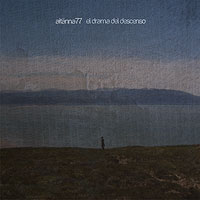 Aitänna77 is the musical solo project of Mikel Martinez. At the beginning of the last decade he began recording songs in his bedroom.

No rush or pressure, only when the need to say something was there. And in this same way he has been publishing them since 2005 on netlabels like Test Tube or Error! Lo-Fi.

Folk, lo-fi pop, electronica, ambient and a thousand other things in a declaration of love to master musicians as Joe Meek, Franco Battiato’s music in the first half of the '70s or Brian Eno.