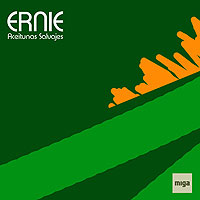 Dj and producer from Madrid, is the head of Minuendo Records Label since 2004. His first own release was called When Ernie killed Bert (MND 01/2005).

El Perro Chorizo (MND 02/2005) has been his last release and he is now preparing upcoming works on labels like Deep Explorer Music or Undress.

His dj career starts very early, influenced by electronic music such as Kraftwerk and hip hop music since 1995.