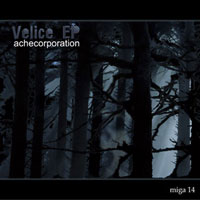 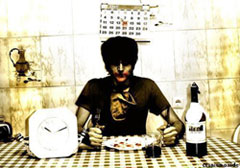 Achecorporation (Sergio Torres) is a young producer from Madrid, who started with electronic music recording his tracks in a home made way, with guitars, keyboards and software, although nowadays he added some hardware to create a very particular IDM.

Achecorporation started to distribute his own music through home recorded promo CD´s which step by step had good feedback from Madrid´s underground scene.

Now he is collaborating with other musician called Attachedhands, co-fundator of the label "Not without your spacehelmet", oriented mainly to indie and post rock music in Florida. Moreover he has been recently participating on the recording of Kodama´s first release, on Junk records.

His experience in blues/funk, trip hop or synth punk bands, helped him a lot to be part of live sets with people like Attachedhands or I´m Scared.