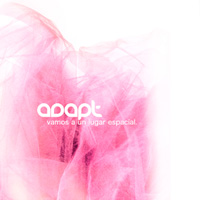 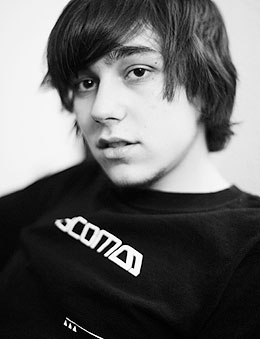 Christian Del Moral was born January 1, 1986 in Ceuta, Spain. At the tender age of nine he discovered techno and felt the urge to create electronic music. He grew up in the age of the cassettes and CDs and began experimenting with samples and remix session recorded with an analogue mixer, cd players and a tape recording device at 14 that he bought with his father for both to experiment with.

He was part of many different bands, playing guitar and using various samples and normally spent his whole summers shut in a garage producing the music that him and his bandmates were creating. This is when he started to see the possibilities of collaboration with other musicians and developed an instinctual mode of learning and playing music. Adapt emerged out of a suprising and emotional reaction to working with digital sequencers and the work that emerged from the new tools.

In 2007, the competition Audiciones selected Adapt to perform live in Fundación Canal, a multidiciplinary auditorium for the performing arts in Madrid. ADAPT at this point was living in Madrid where he met Rec_Overflow, who asked him to publish the track Proyecto Tibet in the Plataforma-LTW EP "Madrid", in collaboration with the artist David Whitaker (a vocalist residing in Tokyo, Japan). This expanded Adapt's fan-base to Tokyo and he continues colaboration with Whitaker.

Christian Del Moral is currently studying sound at SAE in Madrid, focusing on projects that deal with the nature of soundtracks. His music is ambient in nature and built as an aural landscape but works in various styles from IDM, hip hop, ambient, and even techno. Regardless of style, everything is colored with personal meaning and character that aspires to transform those who listen. His influences are artists like Liam Howlett, Ryoichi Kurokawa, Arovane, Ryuichi Sakamoto and the Sandinson brothers (also known as Boards of Canada).