The new Miga´s release is a compact proposal of Texas Sci-Fi project, a group based on experimentation, frequencies exploration, analogic errors and the synchronization between audio and video rhythms. For this complete release, [Miga31] "Figures / Frequencies", they has composed a collection of pieces created from pictoric works of minimalist artists from the twentieth century.

We also accompain this audio reference with the visual piece [Miga_v15] "10 x10 x2 Cubes in blue", that acts like a window allowing us to focus on the work of this interesting group whose maximum advantage is been reflected in its powerfull live act. 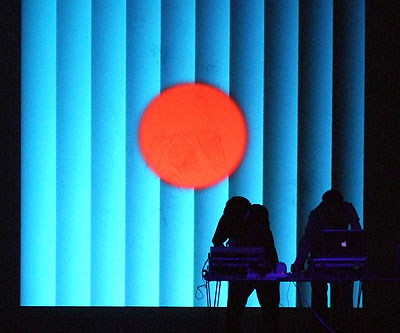